Pickleball is the fastest-growing sport in America. It is played on a bad 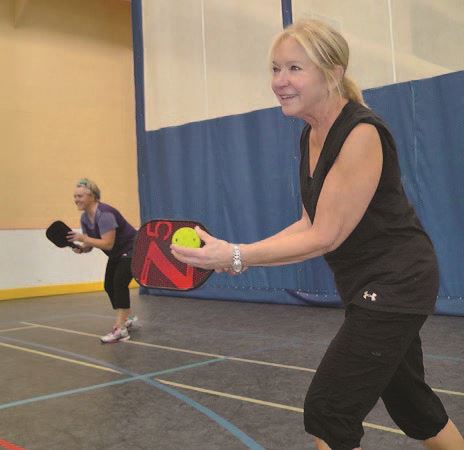 minton size court with a paddle and a plastic ball (similar to a whiffle ball). It’s easy to learn and good exercise. Give it a try!

Livonia Parks and Recreation will be hosting pickleball tournaments throughout the year. All tournaments are non-sanctioned and self-scored.

Livonia Parks and Recreation is excited to host two summer pickleball tournaments! Both tournaments will run at Bicentennial Park Pickleball Courts 1-6 and teams are guaranteed a minimum of five games. Games are played to 11 points with no need to win by two points.

2022 Summer Racquet Recreational Pickleball Tournament - This tournament is designed for beginner/recreational players or those looking to experience their first pickleball tournament. All players should be rated 3.49 or lower.

Livonia Parks and Recreation is excited to announce that we will be offering ladder leagues indoors at the Kirksey Recreation Center for the Fall and Winter Sessions. Participants are encouraged to bring their own paddle. Balls will be provided.

Players will provide their rating at the time of registration which will be used to schedule the first night of games. Participants will sign up as an individual and play four rounds of doubles each night with a different partner each game. Depending upon the total number of points accumulated each week, participants will have the chance to move up and down the ladder each week. Leagues will run for six weeks.

Livonia Parks and Recreation will be running Fall Ladder Leagues inside the Kirksey Recreation Center on Monday and Tuesday nights starting the week of Sept. 11.