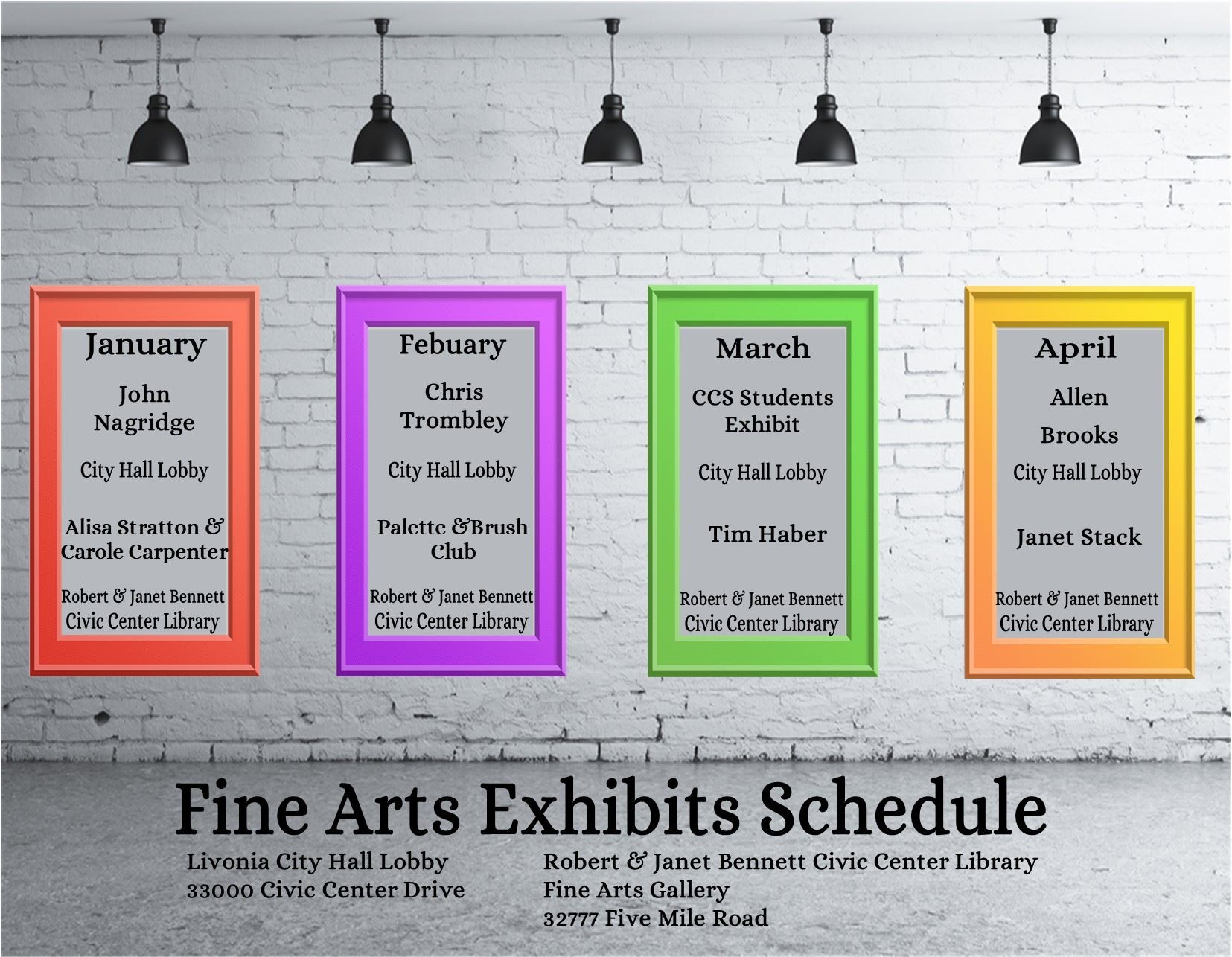 The Livonia Arts Commission exists to create, promote, develop, sponsor, sustain, facilitate, and further the Arts within the City of Livonia. For the mission of the Commission and its commissioners, the term “Arts” shall be defined and literally construed to include the making or doing of things that have form and beauty, and to encompass all forms of Arts including the Arts of music, painting, sculpture, literature, dance, theater, opera, ballet, crafts of all natures, and any other of the performing Arts requiring and exhibiting a level of creativity, skill, or talent.

The Arts Commission consists of up to fifteen members, appointed by and at the pleasure of the Mayor.  Appointed members serve for three-year terms.

In accordance with Title II of the Americans with Disabilities Act as it pertains to access to Public Meetings, the City Clerk’s Office of the City of Livonia, upon adequate notice, will make reasonable accommodations for persons with special needs. If you need assistance, please call (734) 466-2236 or email the Clerk.